The post-Byzantine church of Ayia Marina is located in the 75th km of the old highway Thessaloniki - Kavala, just a few kilometers away from Asprovalta and Nea Vrasna, in the valley of the Macedonian Tempi. Once the traveler faces the Byzantine dome that is covered with slate, he feels the need to stop for pilgrimage.

Beyond the incomparable beauty of the church, it is also famous for its miraculous abilities, as people from every part of Greece claim that since they prayed here, their problem was solved. The little church with the special and peculiar architecture is the pride of the Modi villagers and was built by them in the mid 18th century as is also reported by the inscriptions.

In Modi, stories are told that the Priest – Themelis, who had a vineyard close to the spot where the church is today, had a dream about the saint commanding him to remove her icon from the hollow trunk of a tree and to place it in the church that would then be built. The priest was a real person also with descendants in the village that bear his name as their surname.

Another (similar) version is the one told by some that the image found in a hollow elm that a Turkish provost cut down. A Modiotis helped him with his carriage to carry the wood to Vrasna and the Turk gave him the icon and allowed him to build the church. 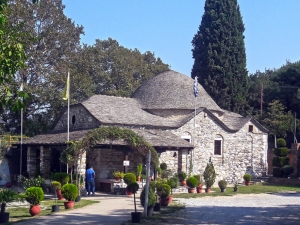 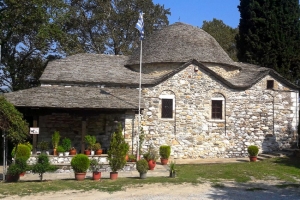 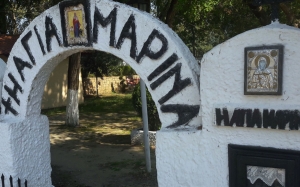 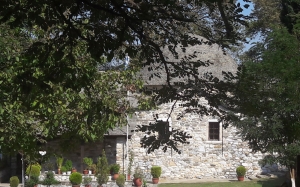 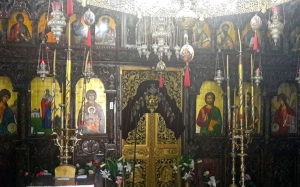