In the traditional village of Vrasna is the Folklore Museum of Vrasna which is housed in the suitably reconstructed area of the old primary school, with an area of 330 sq.m. which was built in 1934. The museum functions as a gathering place and exhibition of local folklore elements such as traditional costumes, agricultural tools, objects of daily use, folk musical instruments, household utensils, etc. The Rocks, Minerals and Crystals Exhibition is hosted at the Vrasna Folklore Museum. The exhibition material is a donation of Michalis Vlachos and his wife Ute Gerhard. The research and collection of the rocks was carried out by Michalis Vlachos and Ute Gerhard and comes from many regions of Northern Greece such as: Xanthi, Thassos, Maroneia, Sappes, Drama, Chrysopigi (Grammos), Kastoria, Kissavos, Stratoni, etc. The organization , the exhibition is curated and presented by Ute Gerhard.

The museum is open to the public. 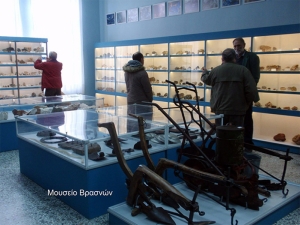 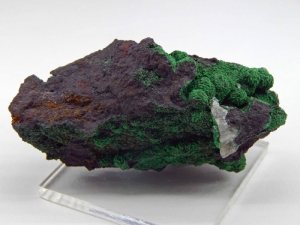